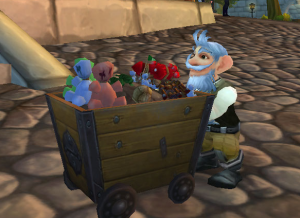 I find myself with a great many thoughts on a great many things, but at the moment none of them amounts to a full post.  As such, you get another set of random ramblings this morning.