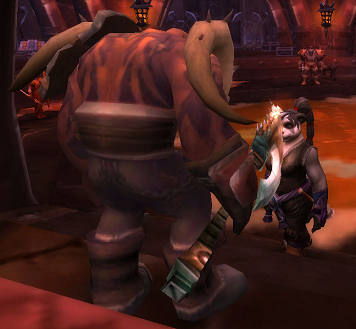 “Everyone in my Horde earns their keep.  You and your friends will be no different.  Do you understand this, Pandaren?

Paramita stood firm and looked the Warchief in the eye.  “You mistake me, Warchief.  For you know nothing about me.  To spare any further misgivings, allow me to enlighten you.” 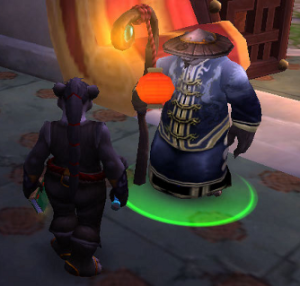 “Discipline and patience.  These are the things we Pandaren are taught early on.  However, the masters tried to teach us patience is knowing that you may fail, but maintaining balance and doing it again and succeeding.  That is a fool’s way.  Patience is waiting until the precise moment where one gets it right the first time.  Such was the way when I grasped the flame from my Master.  He was impressed, which only showed me his misguided age.” 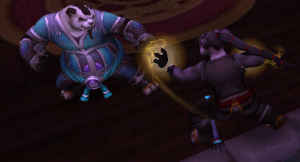 “Rather than waste time on the weak minded students, I chose to simply prove my point.  If it had to be at their expense, so be it.  I was not going to be stifled by holding back.  My Master told me I needed more discipline.  He did not understand it was discipline that I adhered to.  I would hone myself the way my ancestors would be proud, not half way.  Life isn’t about finding yourself, Warchief.  It is about creating yourself.  We each have a path before us, but it is we who choose the trials we must face and the trials we must overcome. ” 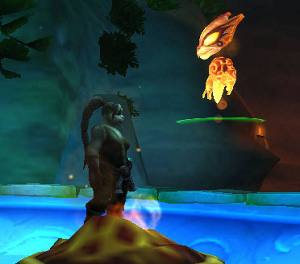 “I chose to enter the Temple of Fire.  Chose to seize what mattered to me.  It was my right.  The flame would originally deny me, underestimating my own inner fire.  The discipline to know what was rightfully mine for the taking.  I had spent my life training for the day I would begin carving my path.”

“Every day I swam, I ran, I meditated. I maintained physical and mental discipline. All in preparation.  The day came where I found that path.  The very island I called home was in pain, and I soon saw why.  It was a ship -an Alliance ship.  It had crashed upon our homeland.  The first survivor of the crash we encountered was a…Tauren.  Korga Strongmane was his name.  He and other Horde members had been prisoners on that ship.  We helped them, and others helped the Alliance who caused the mess in the first place.” 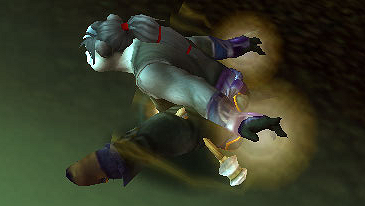 “We removed the ship from He Who Gives To All, but the wound was deep.  Fortunately, some of your Horde assisted myself and the others as we used all our strength to heal the island.  Eventually, we were successful.  A short time later we had all gathered in the Temple of the Five Winds.  Some of my disillusioned brethren chose to travel back with the Alliance.  Ji Firepaw felt the Horde could use the assistance of our people and went with your representatives.  I joined them.  I did not do so to provide assistance, or diplomacy, or any other such nonsense.  I am here because it is where I belong.  So you talk about earning my keep.  I think you should concern yourself more with whether or not your Horde can keep up with me.”

“You have a pride that borders on arrogance, cub.  You would be wise to curb it in the presence of your Warchief.  Now if you’re finished, meet me in the Valley of Honor.”

Not long after, Paramita found herself before the Warchief once more.  He was standing before a set of gates.  It looked like a small Coliseium behind him.

“You are fierce enough for the Horde mentally.  But the question is, can you actually fight?” 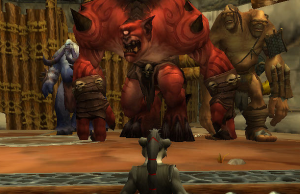 The doors opened and Paramita found herself before not one, but three vast creatures.  She turned towards the Horde Warchief who was wearing a well-suited smirk at this point.  Paramita’s eyes closed to a point and she glared for a moment before turning towards the trio again.  A few of her people were inside as well, including Ji Firepaw.  She didn’t care.  Garrosh Hellscream wanted to see what her people could do in combat and she was going to prove what she could do.

After all was said and done, the creatures had fallen and not a single Pandaren was injured.  Paramita found herself before Garrosh Hellscream and his throne once more.