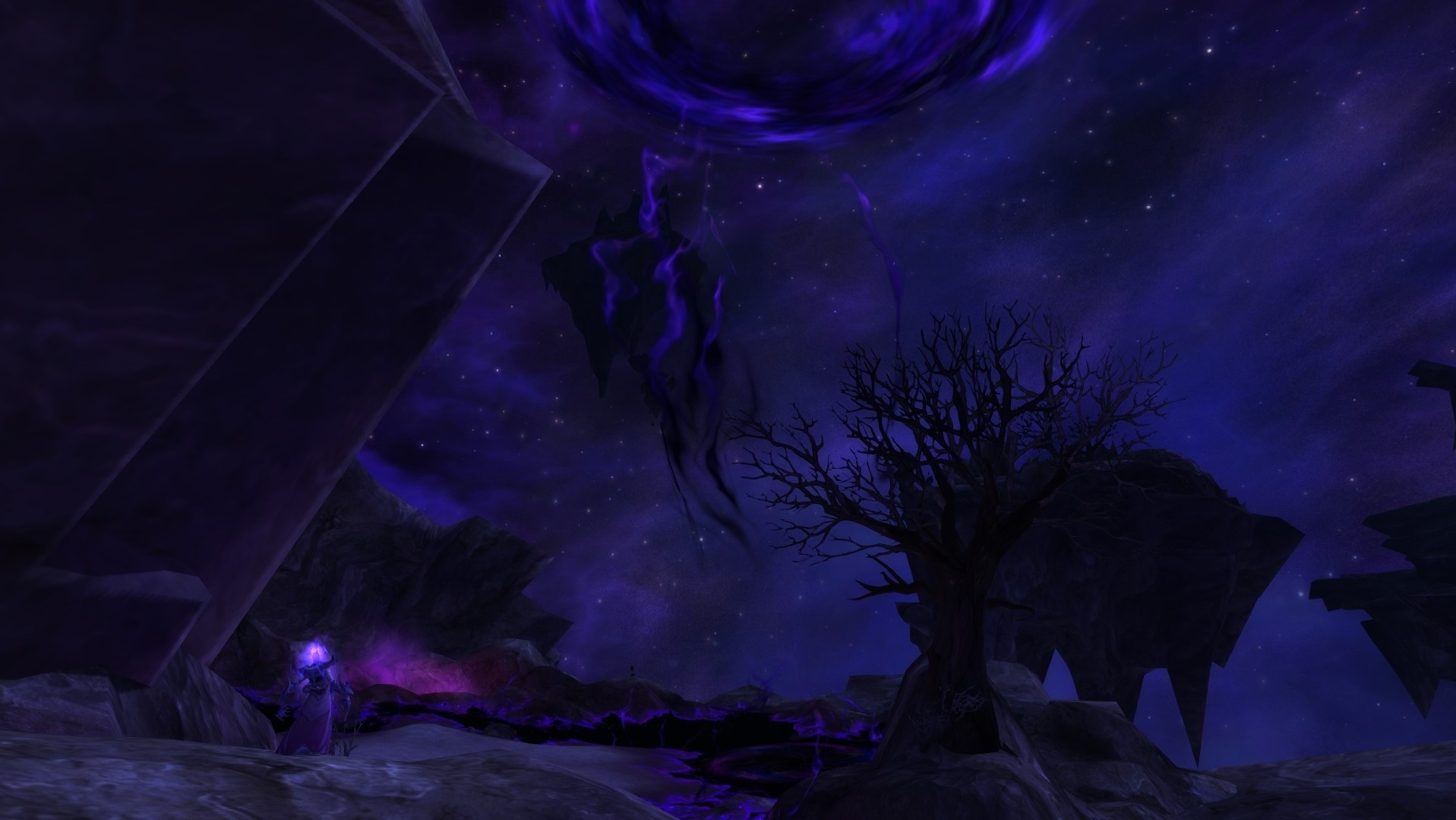 If you were under a rock this past week you likely missed the “news” regarding the next World of Warcraft expansion.  It’s being rumoured the next patch is titled “Age of Darkness.” The rumour spewed out from within the internet so of course we’re going to look at it as possible, but it’s the internet: someone might have been bored and thought they would be clever.

One of the key points is that N’zoth sets things in motion, aiming to go so far as to kill off the bronze dragonflight and turn Nozdormu into Murozond. This is all done as a means of freeing C’thun. As far as story time in WoW goes, this wouldn’t be entirely out of line with where things are going at the moment. However, it also rings of time travel in some capacity. We’ve been there and done that and most would prefer to not do it again. Stopping N’zoth from executing a time travel plan, that I could get behind if done right.

The rumoured level squish. It’s not so much a rumour at this point, as Blizzard has made it clear it’s coming. They’ve given no indication when or how it will look. I wondered this as well, and could not come to any clear conclusion. This leak, however, provides one. All of vanilla WoW would be levels 1-20, Burning Crusade, Wrath and Cataclysm would take us from 20-30, 30-40 would be Mists of Pandaria and Warlords, while Legion and Battle For Azeroth would be 40-50. Then the new expansion would take us from 50-60.  That seems reasonable, to be honest. I feel with 1-20, though, you’re going to have massive parts of the world people just will not go to for leveling. Winterspring (a personal favourite) is a prime example. Why go all the way up there when you can do the same thing in Mulgore?

Further to this rumour discussion is two new allied races and a new class. Now, the Mechagnomes make sense for the Alliance as is what this story would have you believe. But Gilgoblin for the Horde? Ehhhh….I don’t see. I’ve been wrong plenty before but that one doesn’t make sense. As for the new class? Tinkerer apparently. I feel like you’re just going to be a walking Engineer. Don’t get me wrong, it’s not that I have a problem with it. I just feel like having both is redundant, even if the class is rumoured to only be available to the mentioned allied races, as well as Gnomes, Draenei, Forsaken, and Goblins.

And, to try and maintain some level of credibility, the mysterious leak suggests we’re looking at a release date of late 2020. That’s not exactly rocket science. There is at least one more patch for WoW’s current expansion and that’s going to ride us into the new year. If that’s the case, a late summer or early fall release for the next expansion makes complete sense.

Now as for me, I’m torn on the whole thing. I mean, much of what is suggested in this rumour list is completely feasible. It also wouldn’t be the first time that a rumour turned out to be true. I still remember the laughter when it was suggested we would be getting pandas. But again, this is the internet. We need to take anything we read with a grain of salt and then some.  I think some of these things, and more in the leak, will come to pass. That’s why rumours like this are believable sometimes, because there is just enough content in them that is expected anyway. The good news is I expect this to be addressed directly with a formal 9.0 announcement at BlizzCon. In the meantime, the interweb will continue to buzz about over this information.

If you want to see the full leak for yourself for the things I mentioned and the large amount of stuff I didn’t touch on, you can do so here.