Running some of the Horde Garrison quests in Shadowmoon Valley on the weekend and I came across a rare spawn. 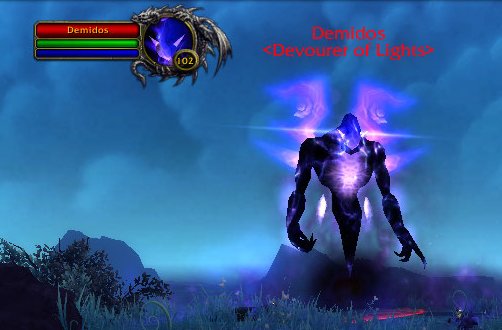 Right away the name sounded familiar, but to be honest I was drawing a blank as to why.  I didn’t really care because a rare is a rare.  A Human Mage and Nelf Druid had come strolling up and I figured the three of us could probably take it down.  That didn’t happen.  I have no idea where they went, or they died.  I quickly realized I couldn’t take it down on my own and sent out a message. Repgrind was in immediately, and Arv was close behind.  Unfortunately, we learned Arvash didn’t have the flight path to Shadowmoon Valley yet, being a fresh 100.  It was also around this time where I remembered what made Demidos special: the Servant of Demidos.

Rep and I decided to tackle him anyway and we got him down to about 10% before we died.  We learned his health pool climbs based on the number of people in the fight.  As we were rezzing, a Gnome got into the fight.  We fought hard and got him down.

A nice little achievement there.  Now the key to the fight is easily your health.  Demidos has an ability that knocks your health down 25%.  Not total health, mind you.  Just current health.  So heavy top-up heals are not really a great idea in this fight.  If you can do some HoT’s then you’re in better shape.  I know my health sat below 35% for most of the fight.  But I just kept Rejuvenation active as much as I could.  Rep was busy on her end and we managed to take him down a second time on her server.  Unfortunately there was no loot the second time around.  I was disappointed because Repgrind had gotten a necklace that was of no use.  I wanted her to get the pet…same as I did! 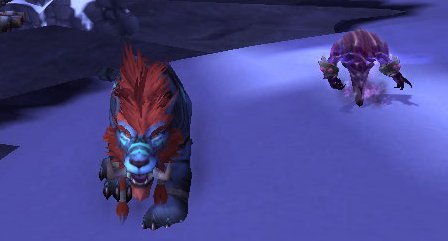 Incredibly ecstatic to have the Servant drop.  In briefly perusing the new Draenor pets, this was probably the one I wanted the most.  I definitely couldn’t believe my luck when I saw it in the loot.  I tried to carry that luck over and nab some raid pets.  Once again Tempest Keep and Karazhan offered me nothing.  But still, getting this guy made my weekend.  And I couldn’t have gotten it without Repgrind’s help!